Jennifer attended law school at Florida Coastal School of Law in Jacksonville, Florida, where she was a member of the Moot Court Honor Board, which ranked in the top ten in the nation. Jennifer participated in numerous Moot Court competitions at both the state and national level, receiving two Best Advocate Awards in national competitions. Additionally, Jennifer received numerous academic, writing, and advocacy awards while in law school.

After graduating in the top eleventh percentile in 2010, Jennifer passed the Florida Bar and began practicing as an Assistant Public Defender in Brevard County, Florida, where she tried seventeen cases to juries obtaining favorable results in many of her trials. In this capacity, Jennifer also drafted and argued appeals at the Circuit Court.

In 2014, Jennifer passed the Virginia Bar and began practicing as an Assistant Public Defender in Norfolk, Virginia, where she tried three serious felony cases to juries obtaining not guilty verdicts in all cases and on all counts, including charges of possession of a firearm by a convicted felon and battery on a law enforcement officer. Jennifer also successfully defended a high-profile case involving a police officer shooting in which her client was acquitted of charges for malicious wounding of a law enforcement officer, grand larceny, and fleeing and eluding.

Jennifer and her husband, a U.S. Navy Pilot, reside in Hanford, California. 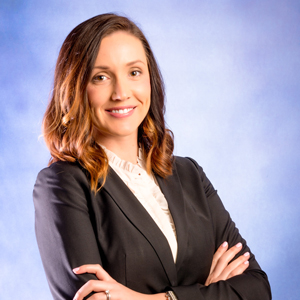