Rissa A. Stuart is a partner in KSC. Her concentration is in general civil litigation, with an emphasis in matters involving business transactions, agriculture, environmental issues, municipal law, land use, employment disputes, contract disputes, personal injury and family law. She has extensive experience in state and federal court litigation, as well as appellate court experience. She is a strong client advocate with solid experience representing plaintiffs and defendants in trial court and appellate arenas. Rissa is admitted to practice before all courts in the state of California, the United States District Court, including the Eastern, Central, and Northern Districts of California, and the Ninth Circuit Court of Appeals.

Rissa received a Bachelor of Arts degree, in Psychology from the University of California, Los Angeles in 1982 and received her Juris Doctor Degree With High Honors from San Joaquin College of Law in 1993. She was admitted to the California Bar in 1993. While attending law school, she was Editor-in-Chief of the San Joaquin College of Law, Agricultural Law Review. Rissa was also an extern to the Honorable William Stone, Associate Justice, California Court of Appeals, Fifth Appellate District, from 1993-1994.

Rissa is a member of the California State Bar Association, the American Bar Association, Kings County Bar Association, and the San Joaquin Valley Association of Business Trial Lawyers, where she was Chapter President for 2016 and 2017. Rissa is an active member of the Hanford Sunset Rotary, a service club with a focus on local education and youth projects. During her Rotary presidency (2006-2007), she was selected as the Outstanding President in the District and the club was the Outstanding Club in the District. Rissa was an advisor for the local YMCA Youth and Government Program, serving local high school students from 2000 -2007, she served on the YMCA Board from 2000-2006, and was named Volunteer of the Year for the YMCA of Kings County in 2002.

Rissa and her husband Don Capshew reside in Hanford, California. 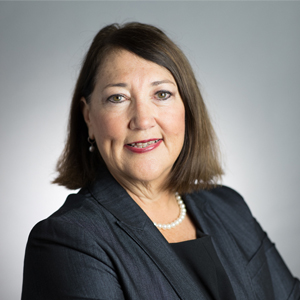